The inception of the fab shop, under the Morgan Lucas Racing blanket, was during the 2013 season with Morgan driving full time. While there were several options available for cars and components, we felt we could better suit our needs by designing and building our own chassis in-house. Chassis #MLR-001 was completed during the 2013 season and was unveiled in the fall at the Charlotte, North Carolina race, which Morgan qualified #1 and then went on to win the race. Soon thereafter, we started receiving inquiries to build and sell the MLR chassis and corresponding components to our competitors. Our customer base now has extended to teams and drivers that make up almost half of the Top Fuel field in the NHRA Drag Racing Series. Some of those key customers include Steve and Billy Torrence, Mike Salinas, Bob and Dom Lagana, Kelly Betts, and Peter Xiberas. The “MLR Top Fuel Chassis” quickly became the staple for our 2000 square foot operation, which eventually grew to consume over 20,000 square feet of shop space.

The following highlights race wins and championships on MLR chassis':

At the conclusion of the 2016 race season, Morgan made a decision to retire from racing to pursue a fulltime roll as VP of Sales with Lucas Oil and he, with the blessing of his parents Forrest and Charlotte, decided to move forward growing the fab shop as customer interest and sales were steadily increasing. Over the next couple of years, the demand for chassis and machine work was increasing. We have worked on vehicles in many different forms of motorsports, including professional drag racing, rallycross, circle track, and street / strip to name a few.

We quickly realized that strictly building race cars would not sustain us as the racing industry fluctuates. While we continue to build cars and components for racing, the decision was made to expand our wheelhouse to more industrial and commercial platforms. With this growth, the acquisition of more equipment was evident. With the addition of 2 waterjet machines, 2 CNC machining centers, presses and shears, and various welding equipment over the last couple of years, our capabilities have grown exponentially.

At Lucas Oil Fabrication, we provide our customers with our shop standard "if it isn't perfect, it's wrong". We take pride in our welding and fabrication services completing each project in a timely manner giving a quality finished product every time with our outstanding work ethic. With our team and equipment, Lucas Oil Fabrication can provide the highest quality metal fabrication and welding in the industry.

We offer welding services from simple (mig) projects to more complex (tig) welding on a variety of materials including but not limited to mild steel, stainless steel, aluminum, titatium, and chromoly.

See us for all your mill and lathe needs - drilling, taping, boring and machining.

Whether you need to make modifications to your existing ride or build a new one...

No matter if you need a replacement panel, race car interior or simple floor pan - stop in for a free quote.

Engine swaps, suspension upgrades and much more. Bring your ride in with your ideas... we would love to be a part of making it your dream ride.

We fabricate projects as small as a table for your man cave, and as large as trade show booths.

Frank Manzo and Al Anabi Performance relies on Lucas Oil Fabrication for their expertise in the racing industry. We have been a Lucas Oil customer since 2009 and with our great success will continue to use and recommend Lucas Oil Products and fabrication services.

Lucas Oil Fabrication provides our team with the finest chassis and components available in our industry. Their highly experienced staff working with state of the art equipment produce the quality parts we need when we need them.

The Lucas Oil Fabrication Top Fuel chassis’ are built to be racer friendly. They have many years of experience not only building them, but actually racing them as well. We believe that's one of the many reasons that they are such a successful chassis builder.

For the past few years I have worked with the Lucas Oil Fab Shop. They have assisted us in manufacturing chiller plates for my company. They worked hand in hand with us and were able to expedite the delivery for us due to break downs. Their patience and professionalism are truly appreciated. They have also made modifications for me on my dragster. They took the time to listen to the changes I wanted and offered advice on changes that should be made. I really appreciated the attention to detail that was provided and will definitely be back.

After more than 25 years in this sport, I know quality when I see it. Lucas Oil Fabrication delivers quality components every time. Built not just to perform, but also to last.

We proudly use Lincoln Electric welders and equipment. 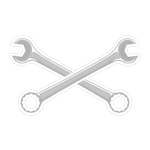